This week we have continued to look at places in the school grounds and have written an information guide.  We tried to use our expanded noun phrases and prepositions of place. 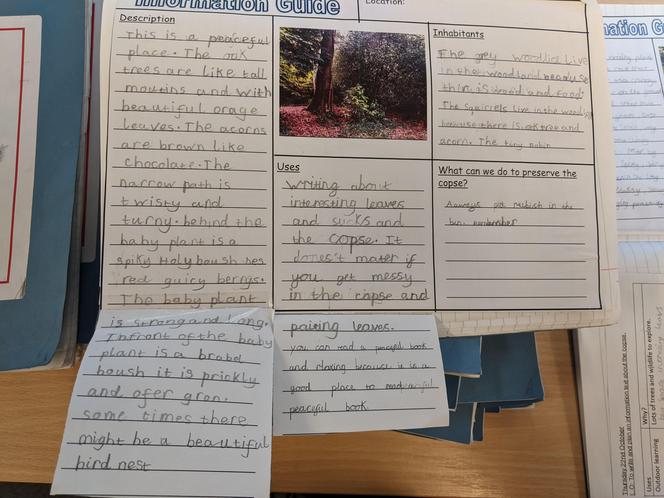 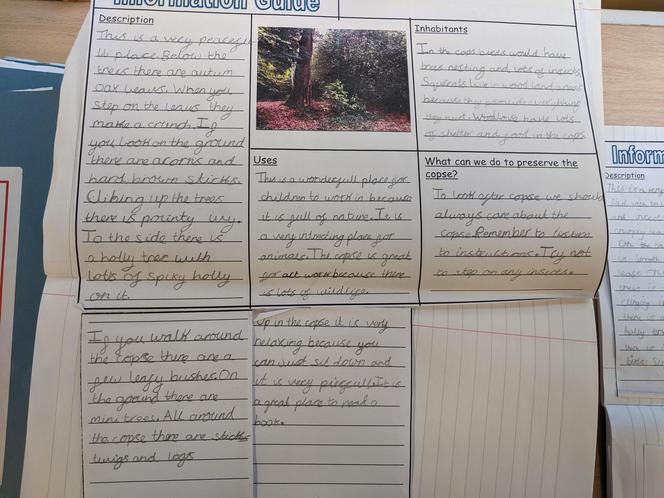 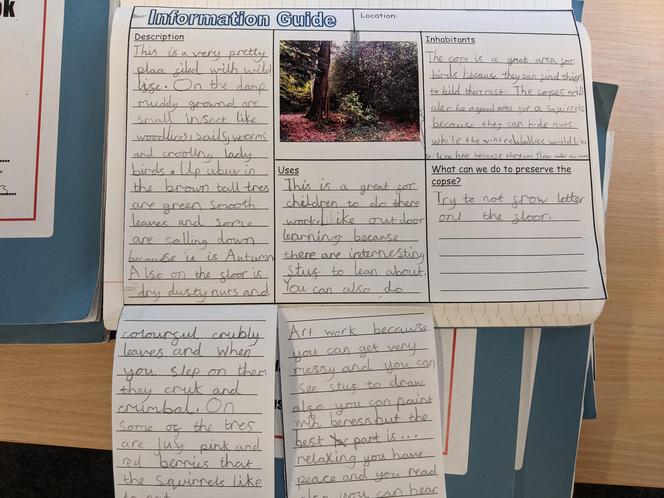 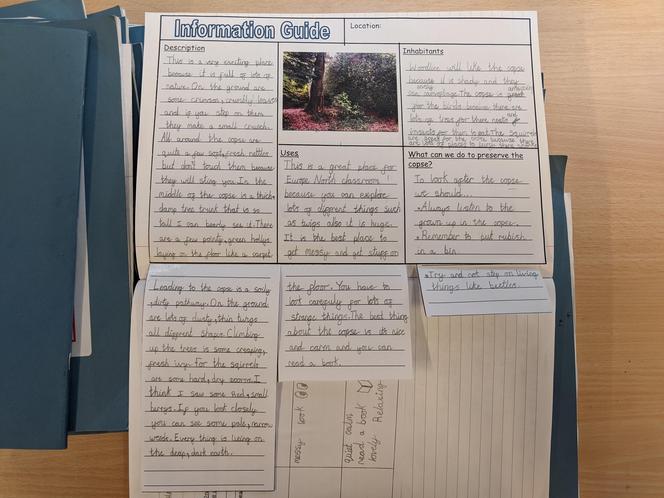 On Monday, we were introduced to our new text 'Tidy' which was about a Badger called Pete who wanted his habitat to be neat and tidy. Little did he realise that he would loose his home when he decided to tarmac the forest because he felt that it was unsightly! 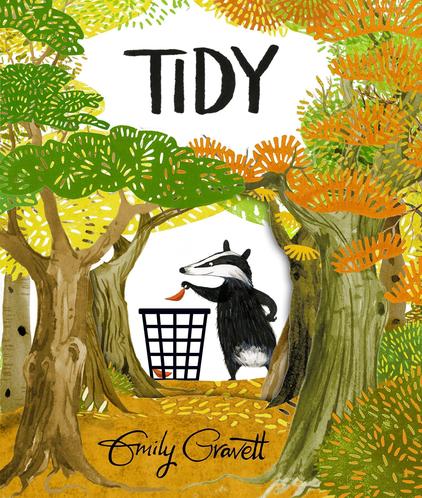 Next, we looked at expanded noun phrases and prepositions of place to help us write a setting description for an outdoor space within the school ground as part of our Science longitudinal study. 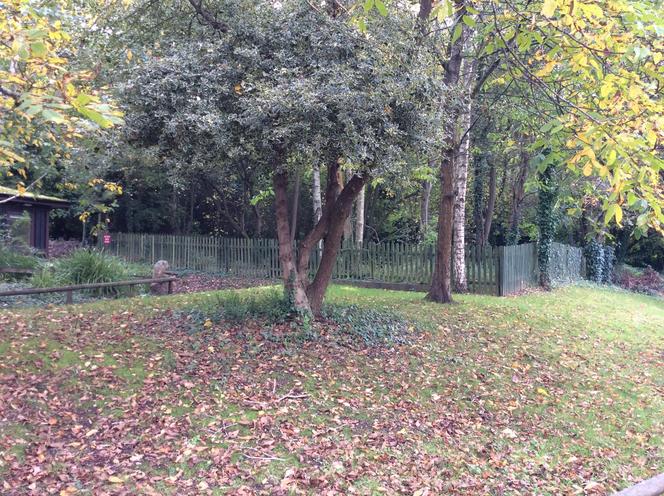 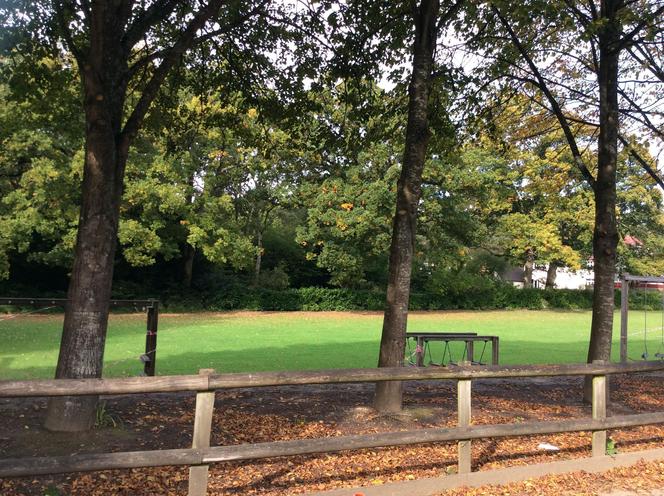 On Monday, we received a letter from Mrs Martin asking us to write a recipe for her favourite Halloween dish of pumpkin soup. First, we learnt how to make pumpkin soup and then we wrote our recipes, ensuring that we included time adverbials, imperative verbs and adverbs. 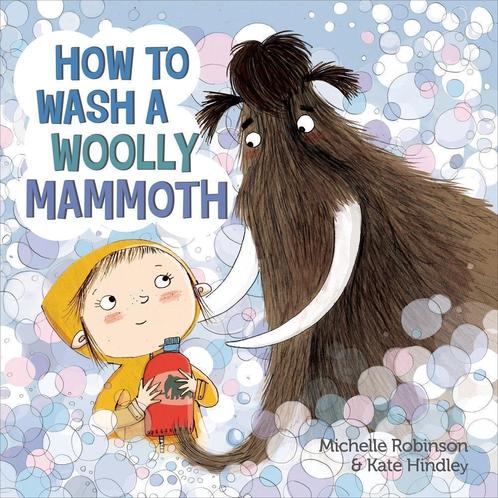 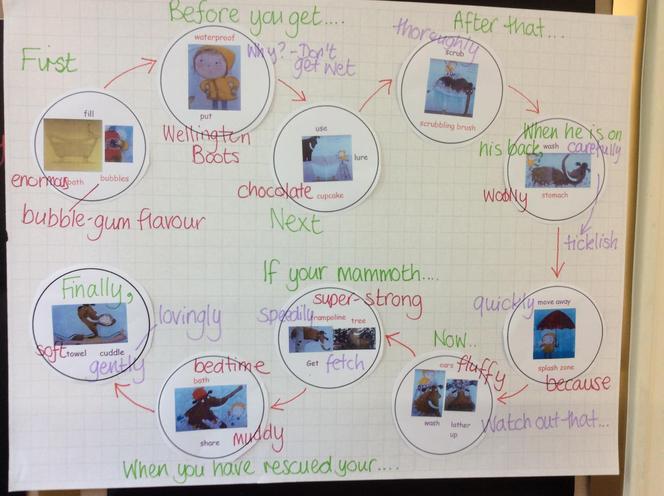 After we shared the story 'How to Wash A woolly Mammoth', We applied our learning about writing instructions to a new task.  We wrote our own instructions including all the skills we have been learning this week...

We started the week writing character descriptions for Little Red, in which we thought carefully about both her appearance and personality. 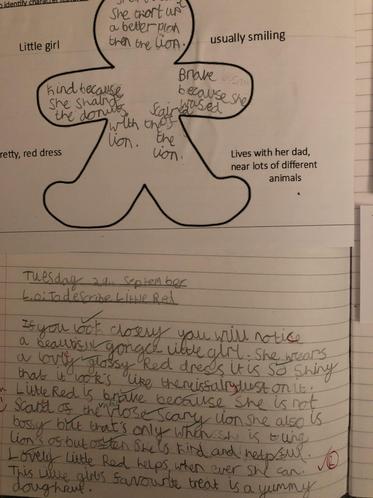 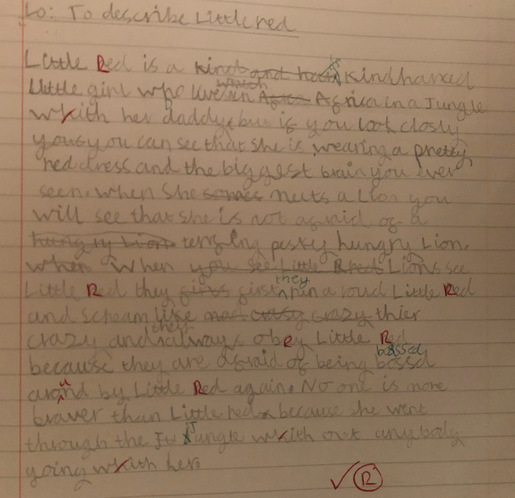 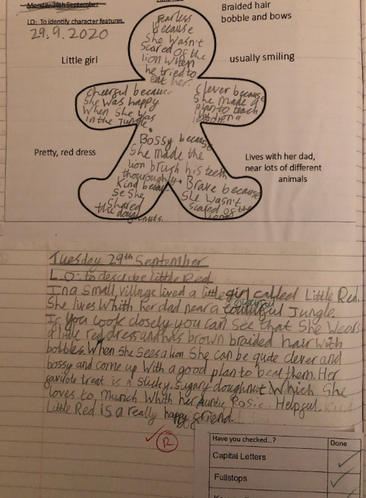 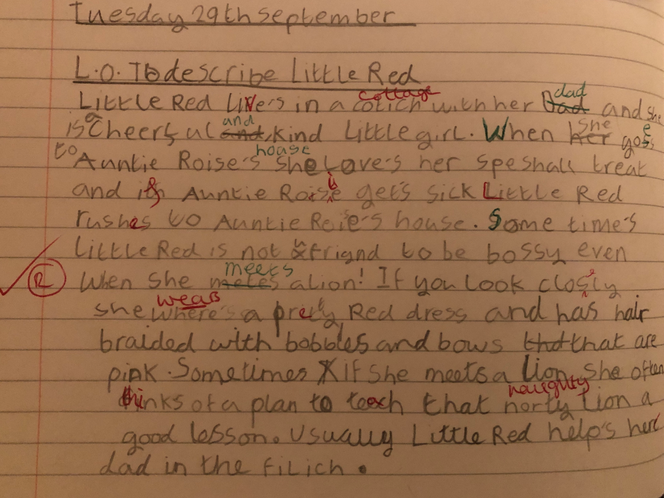 Later, we read the book - Pumpkin Soup and used context to help us work out the meaning of unfamiliar words.

We ended the week looking at the features of instructions ready to write our own recipes next week. 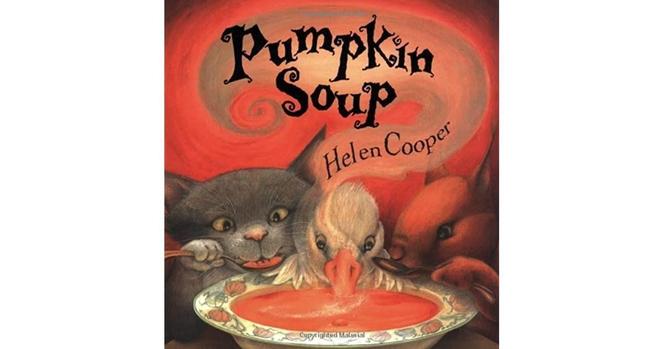 This week we have continued to read Little Red and the Very Hungry Lion which led us to discover that both Little Red and the Lion both had a plan. Then we S planned each of the plans and retold them in an interesting way including expanded noun phrases, time adverbials and conjunctions in our writing. 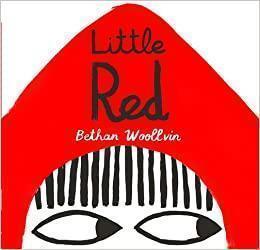 This week we are revising our learning on expanded noun phrases and using conjunctions (and, but, so because, when, if, that) to extend sentences.  We are looking at the book 'Little Red' to explore the structure of narrative and re-tell using an S-plan to help us remember events. 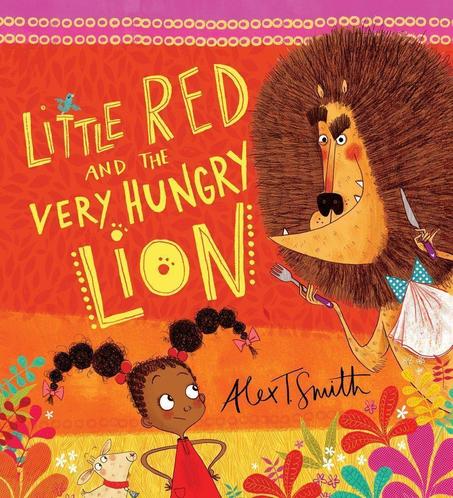 Later in the week, we started to read the story of Little Red and the Very Hungry Lion. Many of us wondered whether it is an alternative version of Little Red Ridding Hood and are looking forward to finding out more next week!

Can you spell these words?

Adding the suffixes -ment and -ness

I wonder what will happen to happy when we add - ness? 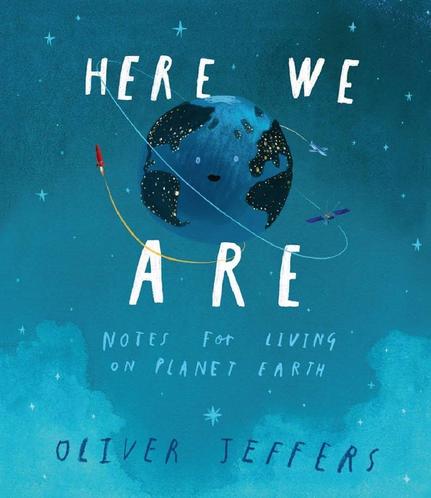 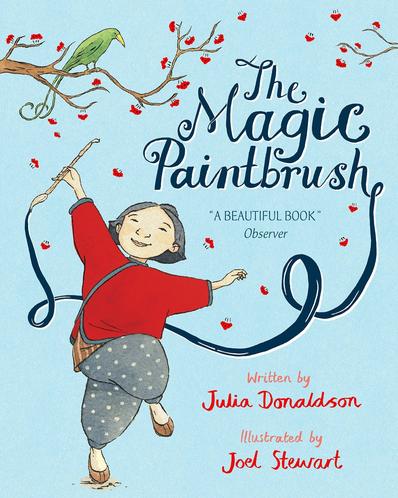 A busy first week using the book HERE WE ARE to help us think about what 2020 would be remembered for and how we would like to improve the world.  We have made our own squash books  to show our ideas on how to make our World a better place.

Can you spell these words?