To introduce our incredible new text, we made inferences based on the front cover and predictions using the map of Joya. 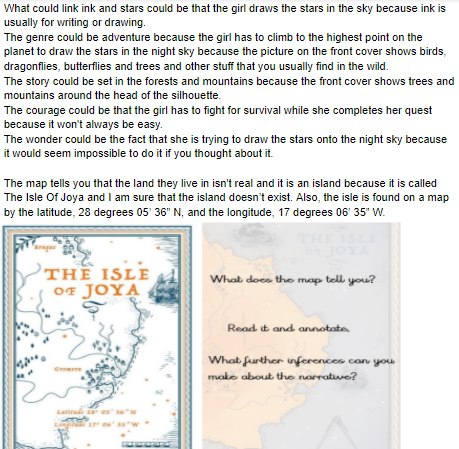 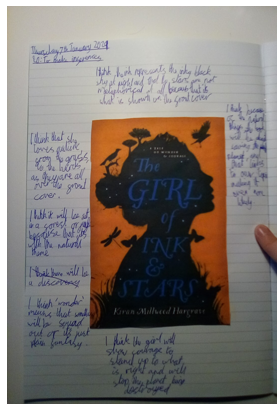 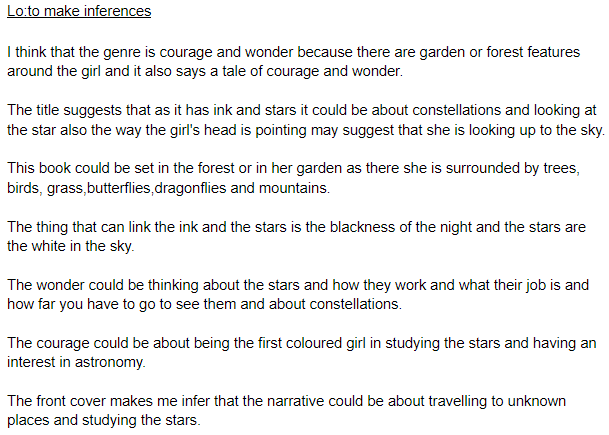 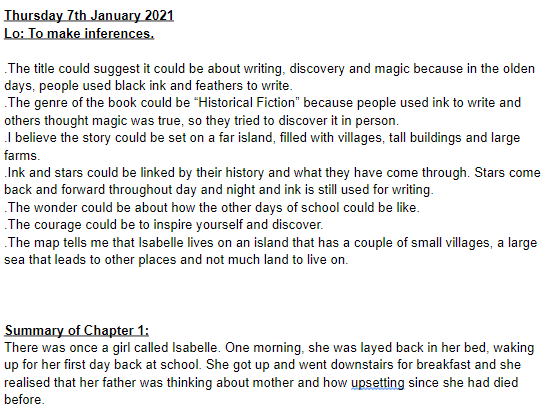 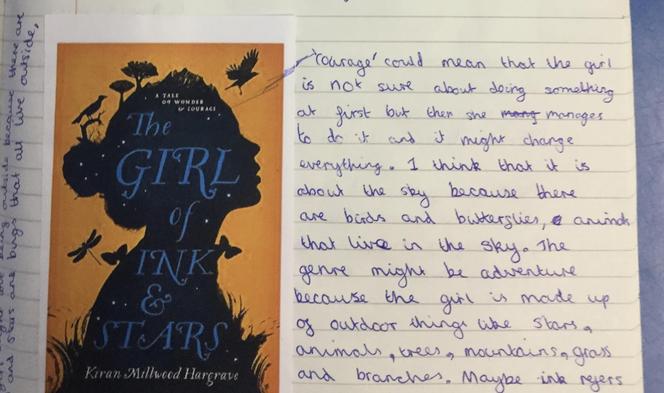 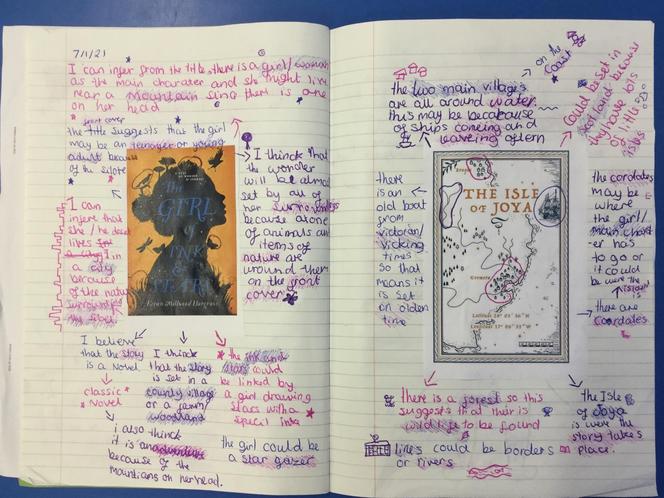 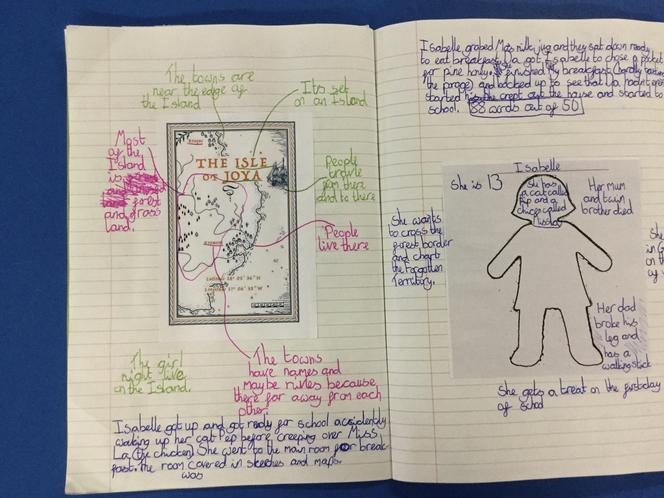 Diaries from Isabelle's point of view recounting the first day in the text. 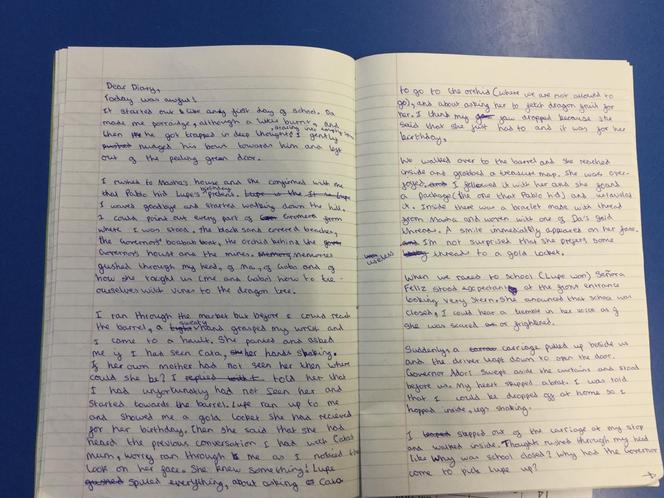 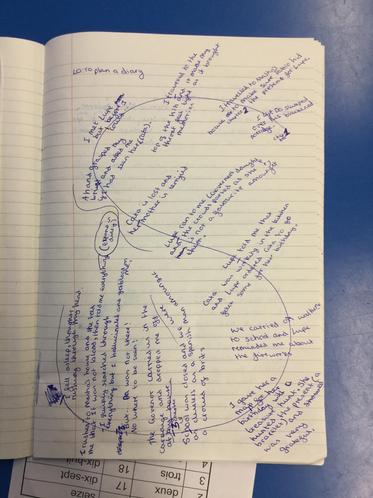 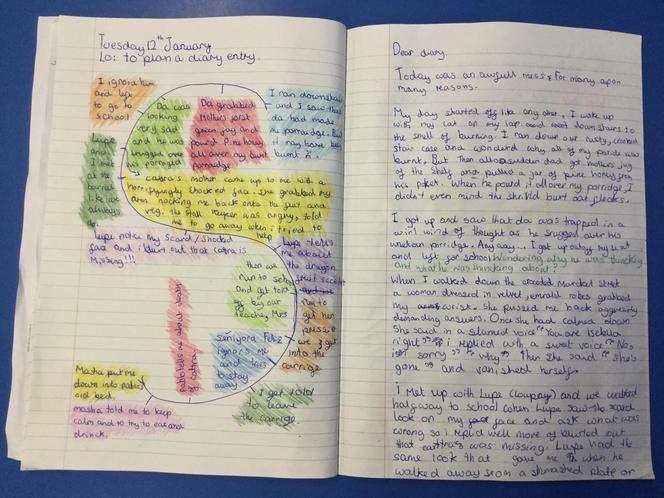 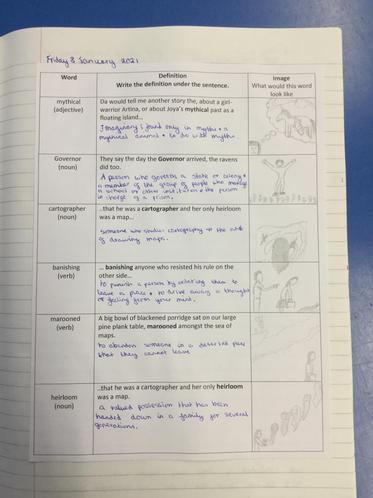 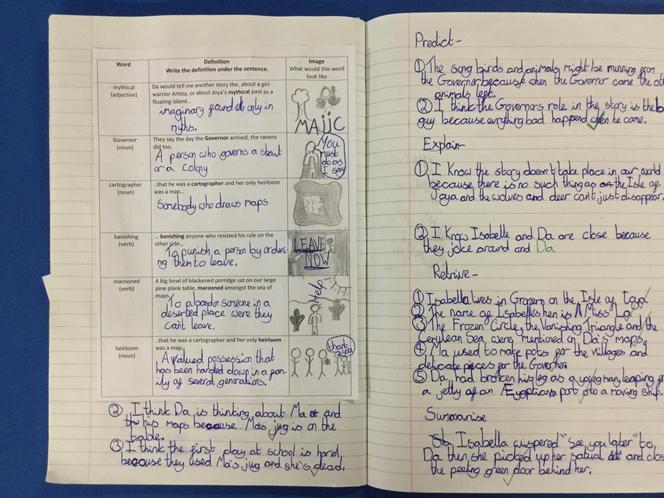 Summarising Chapter 5 and writing diaries from the point of view of two different characters-Isabella and Lupe. 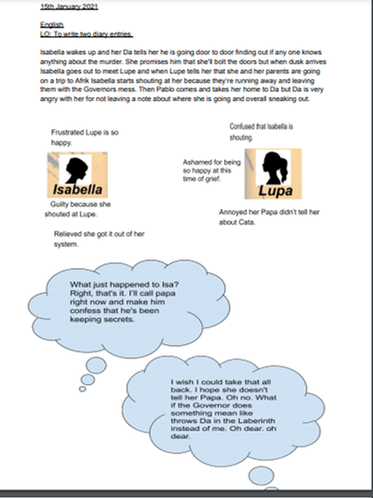 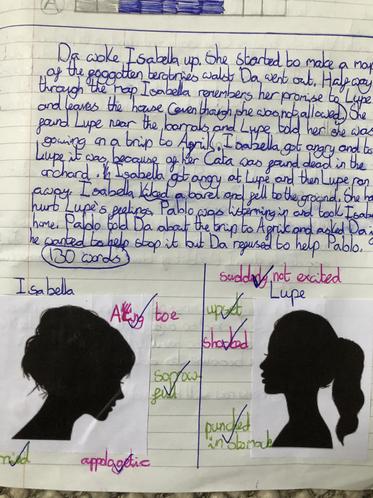 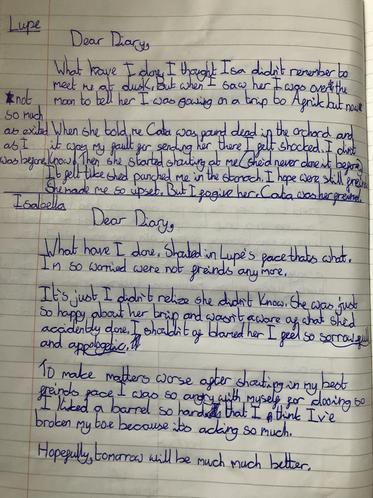 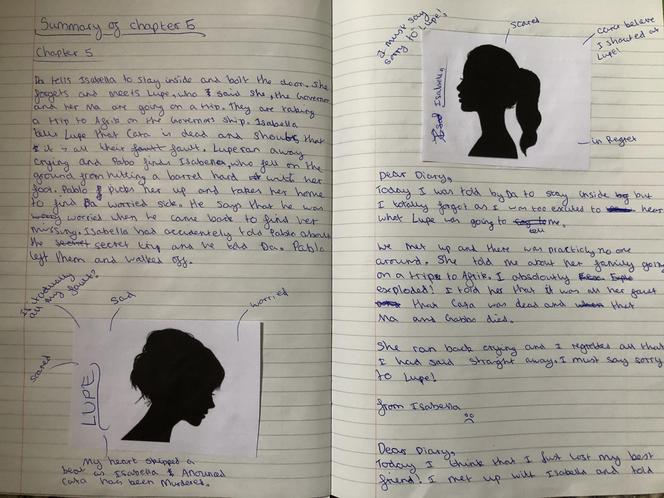 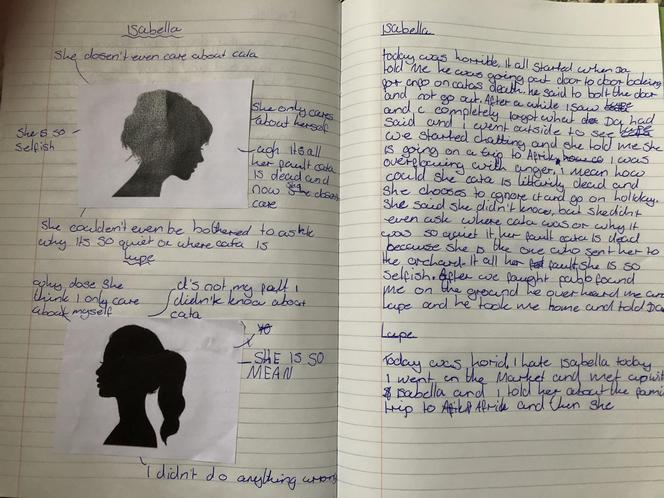 Da told Isabella to stay home with the door locked while he was gone. Isabella realised she was going to meet up with Lupe today and broke her promise. She went to the barrels where she saw Lupe. Lupe told her that she the governor and his wife were moving away to Afrik. They started to have an argument about how the governor was leaving us in the mess he created and how it was his fault that her ma and brother was dead and it was Lupes fault that Cata was dead. Lupe didn’t know she was dead and ran away from her. Pablo brought Izabella home and Da was worried about her.

Today was definitely not a great day. Da woke me up to tell me he was going out and I must leave the door locked and don’t go out of the house but then I realised I was going to see Lupe today. I couldn’t just leave her out there on her own so I had to break my promise to Da.

When I got to Lupe she said she had some exciting news. She was going on trip to Afrik.I got really annoyed! The governor was just going to leave us in this mess which he started. Without really thinking, I just started shouting at Lupe that it was all her fault that Cata was dead. Which surprisingly she didn’t know but she was probably lying. Then she ran off and then Pablo asked if I was ok which I was definitely not! He brought me home and Da was really worried where I was and was very upset.

I shouldn’t have said all those things to Lupe and I should apologise to her tomorrow I hope it will go well.

Today I wish was better than it was. My Papa told me that we were going on a trip to Afrik which was so exciting! I had to tell Isabella as we were meeting each other today by the barrels.

When I got there, Isabella wasn’t there. She must have forgotten. After a few minutes she got here. I straight away told her about us going on a trip to Afrik but why wasn’t she excited for me. She was acting very quiet for some reason. Then she started shouting at me! It was about my Papa leaving us in this mess that he started. What was going on? Why was she acting like this? She then started saying that it was my fault Cata was dead. I was shocked! Cata was dead and no one told me! I ran off back home with tears in my eyes.

I hope Isabella doesn’t talk to me again since what she said to me today, it makes me want to run far away. I hope tomorrow will be better.

Isabella woke up. Da was about to go door to door asking  if they saw anything related to Cata’s death. Da wanted Isabella to stay inside and bolt the door. Isabella did some cartography on the forgotten territories. When it was half done she disobeyed Da and went outside to see Lupe. Lupeand Isabella got in a fight about Lupe not knowing Cata is dead. The governor and his family is running away to Afrik. Lupe ran off. Isabelle goes home with Pablo. Da was already back and was angry at Isabella.

This day has been very weird. I woke up had my breakfast and then my father told me what I thought at the time was a wonderful surprise. We would be taking a trip to Afrik.

I went to tell Isabella but she was mad at me because I didn't know Cata was dead. I was a little annoyed. She also said that my dad was fleeing because of the killer and that was what the trip was for. I ran back home and nothing interesting happened from there.

What a horrible day. When I woke up Da said that he was leaving for a while to go door to door asking if they saw anything. I was a little worried because of the curfew. Da said to stay inside and bolt the door. I did a bit of cartography trying to draw the forgotten territories. Then I remembered Lupe wanted to meet up by the barrel. She told me about how she was going on a trip to Afrik but I couldn't believe she was acting like this when Cata was dead and it turned out she didn't even know she was dead. I put together that the boat was to run away. The Lupe ran off after i got angry at her. I regretted saying it the instant she left. Pablo found me and walked me back home. But Da was home already and was angry at me. This day has been horrible

Isabella regrets her argument with her friend so she writes her a letter.

If you get this letter I am going to find you and to do that I have dressed up like Gabo and if you see someone with cut hair and a messed up dress, that is probably me.  Sorry I called your family mean names, I am really sorry I called you and your family cowards. Even though your father made all this happen which I think, but can we still be friends? I really need your help getting Pablo, Masha & Da back from your father.

I am really sorry about Pablo and his friends setting fire  to your father's ship but it was kind of for his own good so he can clean up this mess he started. I am going to look for you now, I feel really bad for Cata too and whoever killed her hopefully is going to be in BIG trouble.

I’m really really sorry for all the horrible things I said to you. I didn't mean any of it, I was so mean to you . It's not your fault Cata is dead she shouldn't have gone to the orchard knowing it's dangerous. It's not your fault all the animals are dead as you didn't drown them .

Everything is your dad's fault. I still think if he'd not put up the borders my ma would have had the medicine she needed to got better and if he wasn't so greedy and bossy we could be free to explore and do things like look for Cata's killer but it's all about him !

I don't want all this to stop us from being friends you're my best friend and I miss you . 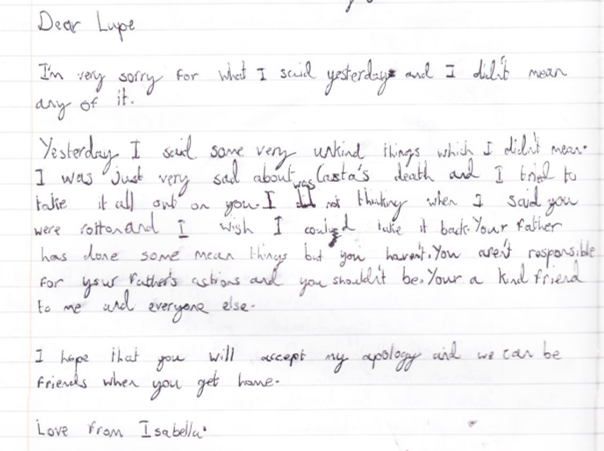 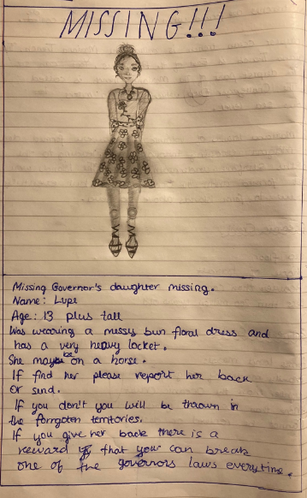 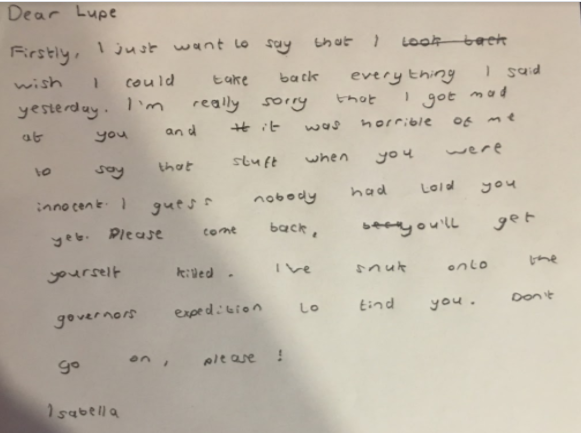 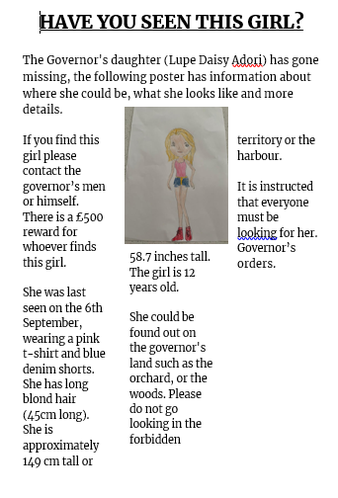 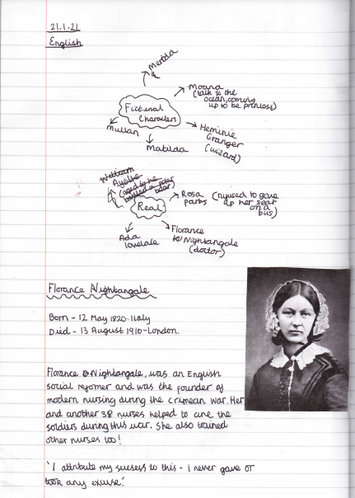 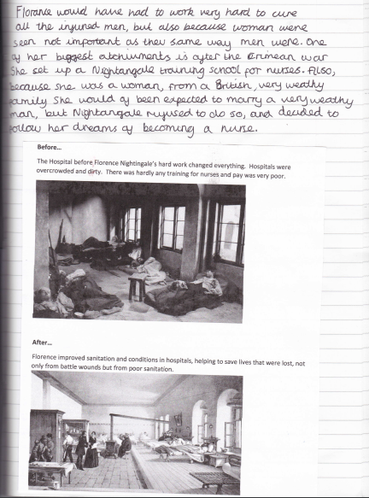 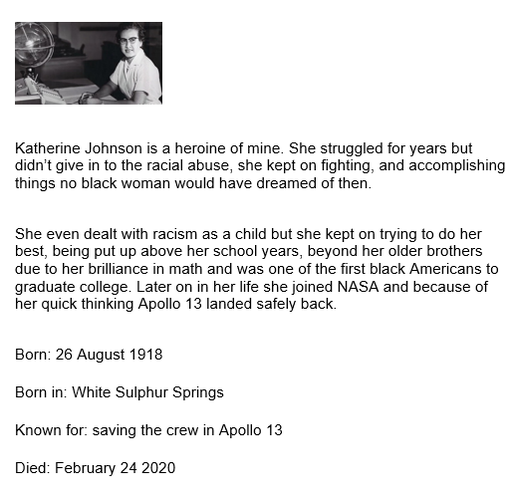 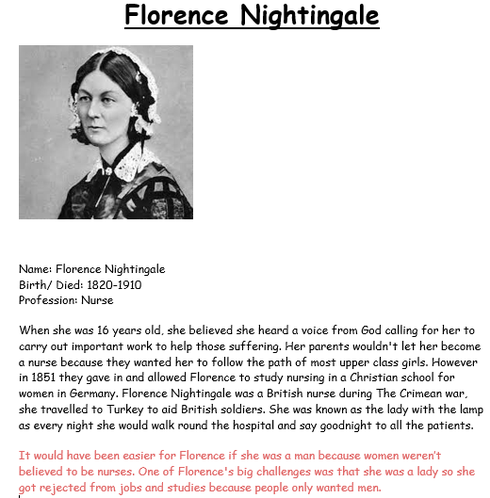 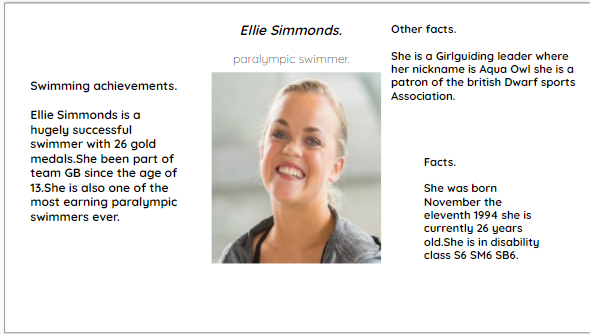 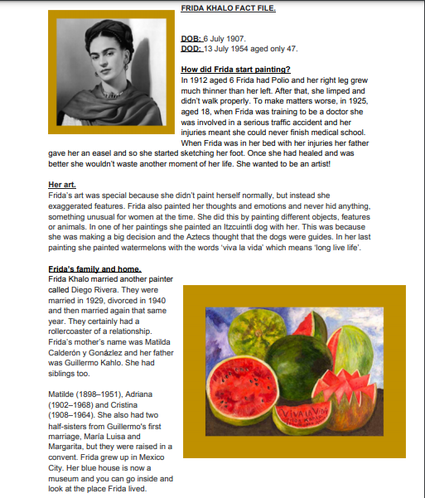 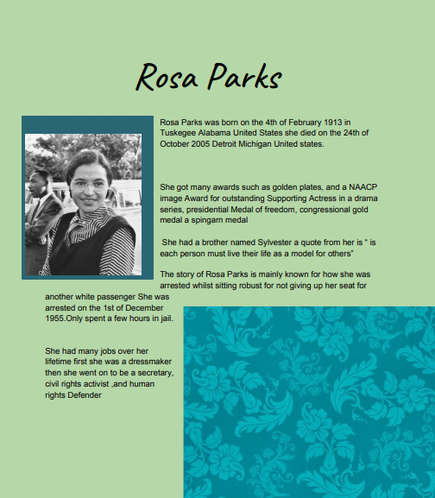 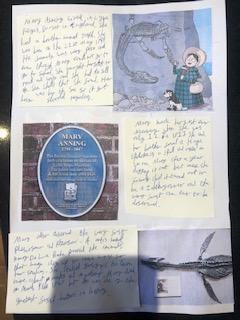 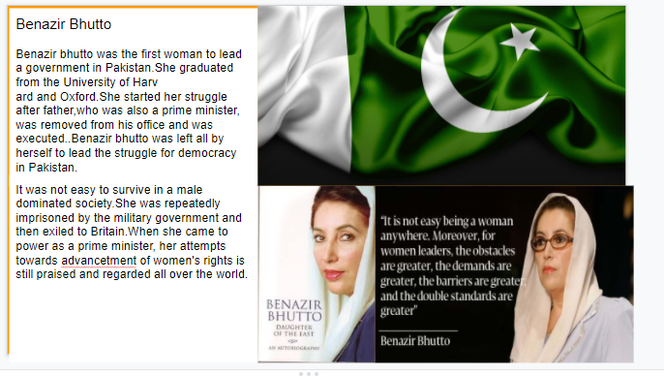 Sally was born in 1951 the 26th Of May. She loved to play tennis.When she turned into a teen she was a nationally ranked junior tennis player and could have gone pro, but instead she decided to pursue an education in English and physics at Stanford.

While finishing up her Ph.D in physics Sally responded to an NASA ad placed in the University’s newspaper recruiting scientists and engineers, including women, for the new space shuttle program.Out of the eight thousand applicants, 35 people, including six women, were selected to be NASA’s astronaut corps. From 1978 to 1982 Sally trained, helped develop space shuttle Columbia’s robotic arm, and became a communications officer for STS-2 and STS-3 missions.

In 1983 Sally was selected to be a mission specialist for the STS-7 mission aboard the space shuttle challenger.Beginning one of six woman astronauts and the first American woman traveling to space, Sally encountered a lot of discrimination.But she always saw herself as an astronaut and equal to her peers. The following year Sally once again took flight, and was assigned to a third mission in 1985.However, after Columbia's tragic end STS 61-M was canceled, and she was appointed to help investigate the disaster.

Shortly after, Sally was assigned to a permanent position in NASA headquarters where she produced a renowned report of America's future in space and founded NASA's Office of Exploration for long-range planning.Over the course of her astronaut career Sally logged in a total of three hundred and forty-three hours in space. Sally Ride set out to inspire and cultivate young minds in the fields of math and science.

After retiring from NASA in 1987 she continued to stay active in the science community, and became a university physics professor, and director of the California Space Institute. She also led two outreach programs for NASA and started her own company that supports and sustains kids', particularly girls, interests in science, technology, engineering, and math.Sally did not intend to be a role model or trailblazer, but becoming the youngest American astronaut and first woman in space she quickly realized the importance of her new responsibilities.

She wanted to use her high profile to advocate the importance of cultivating future scientists and engineers in the United States through better education in science. But in 2012 she sadly died.